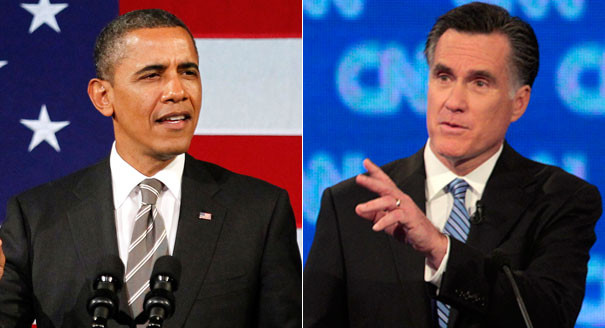 Great leaders always have equal or stronger substance than style.  And, there is no bigger leadership job than the American presidency.  I tend to avoid political issues in this blog, but as a lifelong student of leadership and history and lover of this country, I just cannot remain silent.  Please bear with me and I promise not to make this a habit.

Far too many people think that leadership is about style over substance these days.  It’s as if it is more important to look and sound like a leader rather than behave like one.  I wonder if historical figures like Abraham Lincoln with his high pitched nasally voice ad physical awkwardness or George Washington who was personally aloof and stiff in public settings would even stand a chance today.  When a society starts spending more time focusing on how things appear rather than how they truly are, we as a people, are in trouble.  It is the content of someone’s character that matters most when tough decisions need to be made.  We are in serious times both geopolitically and socioeconomically.  We need deliberative thinkers who think before they act, don’t rush to judgment, have the ability to prioritize amongst competing issues, stay cool under pressure, maintain a reasonable level of consistency in their actions and messaging, build alliances rather than make enemies, and tell us the truth even when it is unpopular. The presidency shouldn’t be just a popularity contest.

In the presidential debate last night, it was clear to anyone watching that one person completely outclassed the other on the issues and quality of thinking – President Barack Obama.  However, many in the media said the loser did okay because he accomplished his objective of looking presidential and that was enough.  How someone who spent half the evening red faced, looking confused and stuck on scripted talking points (without any original thinking) looked presidential is beyond my comprehension.  Moreover, this same person completely changed positions he has been running on for many months (if not years) without any remorse or explanation.  He even had the gall to complain when his shifting positions and professional decisions were challenged, and he was in a debating forum.  What did he think he was there for?  And, by the way, who has been running more attack ads than his supporters and him?

Romney often clings to his Massachusetts legacy, but here are the facts.  He left office with a 34% approval rating which was down from 61% when he took office.  In the latest Massachusetts state poll, he trails the president by 15% even after his first debate bump.  If the people of his own home state don’t want him back, why would we?  He also talks about his record of bipartisan as governor, but he had no choice but to work with the legislature which was overwhelmingly Democratic to get anything passed.  And, by the way, how could a governor who made 800 vetoes in only 4 years consider himself bipartisan in the first place (707 were overturned).  The leaders of the state legislature said they had to remove him from the budget discussions in 2007 to get anything done.  In addition, his claims of his impact on education are farcical.  Massachusetts was a leader in education well before he came into office and has somehow managed to maintain that status even after he left a number of years ago.  I won’t even go into his business dealings in terms of bankruptcies filed by companies he managed due to leverage he created to make himself wealthy and the number of layoffs and jobs shipped overseas. Facts and track records do matter.

I am someone who regularly votes for candidates outside of my own party and will continue to do so.  I do my best to measure the candidates against the facts and issues at hand.  It’s important to me that someone’s record of accomplishment aligns with their rhetoric. I do not like being lied to even if it comes with a smile.  Speaking out of both sides of your mouth may be instinctual for politicians but it is a big turnoff for me.  I also like to have someone who is cerebral and thinks about things before acting but once they decide then sticks to it and sees it through.  I used to be a Mitt Romney fan before I took the time to get to know him better and observed his behavior over the past 18 months.  I used to feel he was more moderate and consistent in his views – someone who could lead from the center.  I now get the sense he will do and say anything to get elected including using global crises and tragedies for political gain.  His one trip abroad as a candidate was an embarrassment.  And, don’t be fooled the rest of the world is watching.

Life is full of paradoxes. We have a current president who was often critiqued for being more style than substance when he entered office but has proven he is a man of substance and steadfastness of purpose.  The criticisms of him now have very little to do with style or political gamesmanship.   If anything, his policies have been centrist and reflective of the urgency of the world and domestic situation.  If you step back and consider what he walked into 4 years ago and where we are today, the progress has been astonishing.  Sure he’s not perfect and some things didn’t get fully done, but we are out or Iraq, have plan to be out of Afghanistan, brought Bin Laden to justice, helped remove Khadafy with no loss of American life, stabilized a world financial and insurance crisis, saved an auto industry that was on the verge of collapse, mitigated the horrible damage of a home foreclosure crisis and kept millions of people in their homes, stopped the hemorrhaging of job losses which were at about 700,00o per month during the depths of the recession and are now growing  of 6 figures, expanded helpful safety net programs for people in genuine need including veterans during a time of  personal crisis – food stamps exist for a reason, reduced the cost of college debt for millions of students, passed comprehensive healthcare reform to cover all Americans and eliminated penalties for pre-existing conditions. And, just for the record the stock market has boomed and not collapsed during his presidency.

I’m not big on ideological arguments or positions.  They are never grounded in reality and hinder an individual’s ability to think more broadly about complex issues.  Sometimes there are no easy answers or talking points. If you only ever vote on one side of the aisle and only listen to one point of view, then you aren’t really thinking.  You are being spoon fed what you want to hear.  For example, personal income tax cuts for the top 1% do not create jobs – this has never been proven and in fact some of our best decades had periods of much higher tax rates for this income group.  America has never been led successfully from the extremes but only ever through the middle ground of shared sacrifice, dialogue, and compromise.  Our Founding Fathers intuitively know this.    Anyone who looks objectively at the president’s record will see that he tried extremely hard to govern from the center and make practical and thoughtful decisions that moved us from survival to success mode as a country.  He did this while dealing with an obstructionist Congress whose approval ratings are at record lows (start there if you want to make a difference).  Mitt Romney may desperately want to be president, so badly in fact that he has done little else for 7 years, but there is no compelling reason to choose his style over the president’s substance.  Leadership is about results not rhetoric and the records of both men are clear for all to see.

President Obama certainly has his own strong style, but he is also a man of great substance.  As a result, he will get my vote.