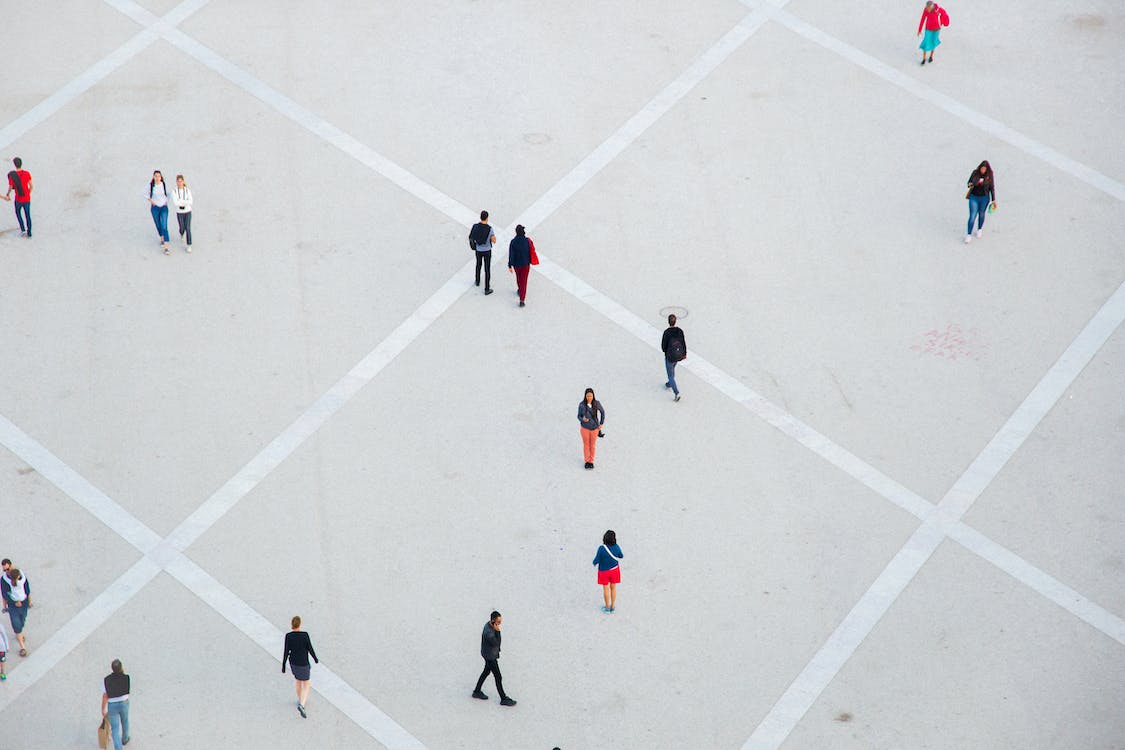 We need to move towards not away from one another.

I worry that lately, we are a culture that has embraced a “divide and conquer” mindset.  Instead of “win-win”, we think “win-lose.”  Instead of choosing to co-exist with people who think differently from ourselves, we further and further isolate ourselves from others who could potentially expand our thinking.   It’s not enough to be right, the other person must be completely wrong, and this indicates some level of a character flaw on their part.  Someone is the hero while someone else is inevitably the antagonist. We entertain facts that only support our point of view and ignore the ones we don’t like.  It is all becoming very troubling and if we are not careful, it will lead to a dark place.  Apart from prisons, building walls between people (and ideas) is a shortsighted strategy.

President Obama was very eloquent on this topic in his farewell address the other night.  As usual, his observations were spot on, and his words were well thought out.  This doesn’t mean I agree with everything he says or the positions he has chosen to take (or not take) on a wide variety of issues.  It just means that I can appreciate a fellow human being with so many obvious talents who has sought and achieved the highest office our country has to offer.  I never once rooted for him to fail even when I disagreed with him.  I just hoped he would be mature enough to reach out to others who might alter his perspective and learn from his mistakes.  We survived many storms under his watch. There is an integrity about the man which is hard to dispute.

Sometimes good people can disagree, seek compromise, and work it out.  It doesn’t take courage to remain steadfast in an unyielding position.  It only creates roadblocks to progress between you and another individual or group. The more courageous thing is to try and see things from the other person’s point of view and negotiate common ground.  If everything is important to you then nothing truly is.  You need to pick your battles.  There should be very few non-negotiables in life. Having to win all the time is succumbing to childlike thinking.  It also ultimately proves to be impossible.

As I age, many of my opinions have changed or altered in some way.  I am sure this happens to most people and is a natural and necessary generational tension. I continue to learn a great deal from people who don’t think like me or have different life experiences.  I can honestly say that my own humble attempts at success have been bolstered by many people who challenged me to rethink my positions on many things.  I also have forged great friendships with people of diverse cultures, political views, faiths (or lack thereof), and sports teams.  No one person has a market cornered on clever ideas.  And yes, there are people who know more than you about a particular topic and you should pay attention to what they have to say!  Even our great country was founded on ideas formed by thought leaders from other countries.  And, the United States doesn’t get everything right all the time.  We may be exceptional, but we aren’t infallible.   My mom used to say that “if you are smart enough you can learn from everyone including knowing what not to do.”

Good people will make honest mistakes.  You will also stumble many times along your own life journey.  This is supposed to teach us humility, compassion, and empathy.  It is also a path towards gaining wisdom. Once we understand this, we are more prone to see other people differently.   It especially helps if you believe they come from a place of good intentions (and most people are). The world is not a wasteland!  Yes, there is evil in society but there is much more good.  The last thing we need is to separate into our own little bubbles and create chasms between ourselves so that others can take advantage of this dynamic.  Reality always fills a vacuum and there are pressing problems surrounding us that need to be addressed.

We don’t need leaders who divide and conquer us to manipulate vulnerable situations to suit their own ends.  For those of you who love history please remember that Machiavelli’s story didn’t end that well.  Power should be used judiciously.  What’s the point in leading if you can’t truly help others achieve better circumstances?  Being on top of the mountain is a lonely place if you distance yourself too far from others.   Instead, we need men and women who unite us around common objectives.  We need people willing to listen and learn rather than beat the drum of their own bravado and narrow thinking.  Conflict is easy.  Negotiation and compromise are hard.  Debate is healthy.  Character assassination of those we disagree with is not.  In life, how we act is always a choice and that includes where we draw our own boundaries of decent behavior.

I hope that we can all rally behind our new President Trump and Congressional leadership.  My wish for him is that he grows into the job and is positively shaped by the significance of his position.  Yes, there will be disagreements. Those of us on the left may lose some battles, but we will also win some as well.  As always, the Left and Right will be held together by the center.  Our Founding Fathers created a system of government that has lasted more than two centuries despite many challenges. It will not fail on our watch unless we truly and aggressively force this to happen. What we should remember is that we are all on the same side and want the same things.  Positive energy begets further positive momentum, and the opposite will happen if we let it.  Please strive to be the solution, not the problem. We need to move towards not away from one another.