Coronavirus/COVID-19 | Miscellaneous | Your Actions | Your Life 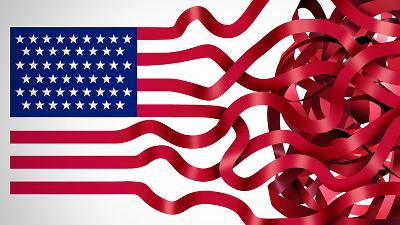 As evidenced lately, things can unravel quickly. Unfortunately, we currently live in incredibly stressful times. People are on edge more than usual. I fear as this pandemic goes on; folks will become even more frayed at the edges. In addition, long-standing social issues are coming to a head under the pressure of our collective inattention.  I’ve seen good people who normally keep an even temperament, lose their cool quickly. I’ve witnessed much more aggressive driving on the roads even though there are fewer vehicles. I’ve seen people send emails they wouldn’t have sent if they thought it through a bit more. I’ve seen people almost come to blows over whether a mask is needed in public. There is a lot of pressure on all of us right now and we need to understand and be cognizant of this fact.

Of course, all human relationships are bound to have some level of tension. We will never agree on everything. When there are external events that are putting even more pressure on these relationships, it’s even more difficult. I believe that a chasm has been slowly forming beneath the surface in our society.  The ties that bind us together don’t feel that strong anymore.  We were aware of this reality but weren’t realizing how deep or serious the situation really is.  There had already been unscrupulous forces intent on pushing us apart for their own benefit. Then COVID-19 happened. Then the unfortunate and tragic George Floyd incident happened. Sadly, the list goes on and on lately (especially if you watch the nightly news).  What we focus on always expands.

I really do believe we get to make a choice every day as to how we’re going to approach our fellow human beings. Is it with a critical eye? Is it from an overly judgmental point of view? Or, is it with some empathy, compassion, and grace? No one will make us happy or agree with us all the time. In fact, the journey of personal contentment and happiness is most often an inner one. Today, more than ever, we must be mindful of our actions and emotional responses to one another.  Don’t risk a bright future because of the intensity of the moment.

I used to wonder when I was a child how families fought on different sides of the Civil War. How could brothers stand across from each other on a battlefield and shoot at one another?  Why does politics get so tribal so quickly?  How can violence be triggered so easily?  What is it about the human psyche that pushes us towards division and disagreement? Why do we so passionately attach ourselves to our opinions? Why do strangers have to die tragic unfortunate deaths before we start to care about them? Why is it so important to make the other person wrong rather than strive to uncover what is right?  Recently I’ve seen accomplished professional men who like each other escalate a disagreement as if someone threw a match in the tinderbox of their relationship.  I’ve also seen long-standing groups experience unhealthy tension over perceived value disconnections. All of this makes me both sad and wary.

Things can unravel very quickly in our families, friendships, businesses, communities, and nation If we are not careful. We need to do a better job of assuming positive intent from others. It’s okay to be skeptical. Science moves forward based on some level of skepticism. However, it’s not okay to become cynical and distrust everyone and everything. It’s not okay to form strong opinions without doing the research to fully understand the issues at hand.  Expertise garnered over years of arduous work and sacrifice should be respected not disregarded because we don’t like the conclusions. It’s not okay to personally attack someone because they disagree with you. It’s not acceptable to use unkind and vulgar rhetoric when referring to other people regardless of their political views.

In this country, I believe there’s always been a tension between individual freedom and collective responsibility. By our nature, Americans, like to be left alone and do what we want when we want to. We’re fine with supporting the freedoms of others if it doesn’t encroach on our own perceived freedoms. Our Founding Fathers knew this and tried to ensure the rights of the minority were protected and not vulnerable to the systems and behaviors of the majority.  A democracy welcomes differences of opinion.  We have the right to assemble and express our point of view if it is done unlawfully.  They went to great pains to establish our collective responsibility to one another.  They were also men influenced by the Era of the Enlightenment where facts and reason were deemed to take priority over personal superstitions, unfounded beliefs, and overly emotional behavior.  They also understood that “checks and balances” that diffuse public power and control interest group influence was critical to our survival as a nation.  Moreover, let’s also not forget that they were staunch advocates of freedom of the press and the importance of The Fourth Estate.

I believe that most of us will do the right thing if given the opportunity.  Historically we have tended to rally together during a crisis.  It has been our saving grace.  I also believe that the quality of our public leadership does have an impact on this.  Feels like this is lacking now.  As I’ve stated in a previous blog, it’s much easier to divide than unify.  Keeping people focused on achieving important but often difficult goals through shared personal sacrifice and negotiating common ground is hard work.  Inspiring them to maintain this commitment and effort even harder.  Winning elections at all costs shouldn’t be the primary goal of our elected officials. It’s even more important what they do with power once they get there.  Is it in service to others or themselves?   As the saying goes, “power and money reveal character.”

As you move through the subsequent days, weeks, and months, please be cognizant of what’s really going on right now and how difficult it is on all of us (not just you). Please give your fellow man or woman the benefit of the doubt.  Offer others the gift of grace over harsh judgment.  Please don’t jump to conclusions about the motivations of people that you don’t even know let alone your close friends and colleagues.  Don’t try and connect the dots by creating your own dots that serve your personal biases.  Even though it may be hard, trust that the civil servants we have entrusted with our well-being care about doing the right thing.  What real reason do they have to do it otherwise? Don’t look for contrived examples to justify your skepticism, but instead look for proof of progress. Don’t expect science to work miracles and respect the scientific process. There are always bumps along the road of scientific discovery.   We may not all agree on the potential solutions, but I think we can agree that there are significant problems haunting our nation at the moment.  Not solving them would be bad for all of us.

Things can unravel quickly. It’s a sad fact of life. Friendships built over a lifetime, partnerships forged through sustained effort, and families who spent a lifetime loving one another, are more fragile than we think. Let’s not let what divides us become more powerful than what unites us. Let’s sometimes agree to disagree. Let’s also agree that there are no bad emotions. Emotions are part of human life. However, there are bad actions based on those emotions. Regulating personal behavior is an adult responsibility.  Let’s also make sure we look in the mirror before we look out the window and point at others. All we can control is our actions and what we do. We are bringing either positive or negative energy to every human interaction. Let’s not look up or out to start the healing process for our nation. Instead, let’s start today with ourselves and our actions, with our friendships, with our neighbors, and in our own communities. History has proven that societies that bond together during tough times through shared common goals and a higher worthy purpose always emerge stronger as a result.   Let’s make history by not unraveling!