Why We Should Be Wary of a President Trump 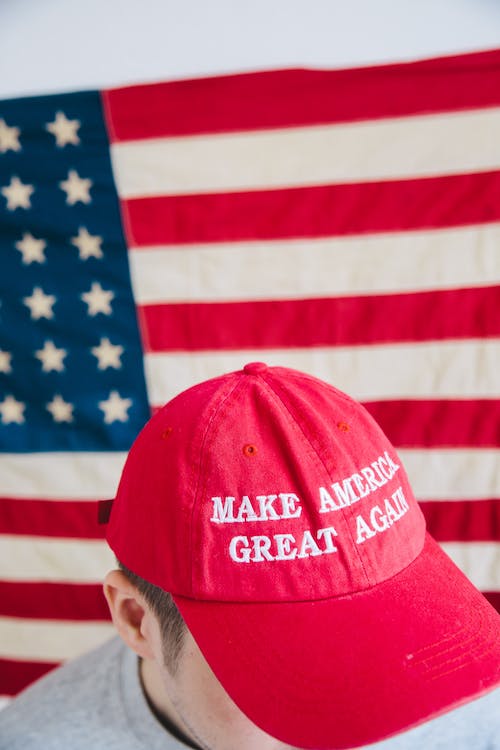 There are a lot of excuses being bandied about regarding the words of Donald Trump and that once he gets elected, he will modify his rhetoric and become more presidential. Sadly, this energy is only growing.  I hear many apologists state that it was just the rigors of the political campaign season and he’s doing what’s necessary to get elected through a competitive primary process. We’ve also heard that he is just echoing the sentiments of many frustrated citizens who need a platform to express their anger with the political process and government effectiveness.  He is giving a voice to those who feel unheard – regardless of what it is they have to say.  Maybe they need less of a platform.  I don’t know about you, but I hear from them on a far too regular basis. However, now that Trump’s the nominee, they say he will begin to act more presidentially and become a unifying force, except of course when it comes to his presumptive final opponent.  He is allowed to cast character assassinations and personal attacks against her at will to suit his larger purpose.

Has anyone been watching Donald Trump on TV or other media for the past 25 years?  He regularly gets into spats with fellow celebrities because his thin skin has been penetrated.  I don’t second guess his business or marketing acumen.  There are certain things you do to get people to watch your TV show and rise above the media din.  And, what he has done with his commercial real estate businesses is impressive.  In both cases, you need to have a larger-than-life personality and play business hardball. My guess is that he may even be a good guy to be around if you are part of his loyal inner circle. I also don’t question him as a father or friend.  Not my place nor do I have enough personal information. Trump, of course, would not extend me the same courtesy. What I do question is Trump’s ability to lead our politically divided nation through a series of difficult forthcoming domestic policy challenges and navigate the complex nuanced world of diplomacy and international relations.

A president needs to unify people not divide them. Instead of looking for points of vulnerability and seizing them, he needs to identify and leverage areas of common strength. He needs to tap into the “angels of our better nature,” not play to the lowest common denominator.  He needs to see all sides of an issue and make thoughtful measured judgments not succumb to knee jerk emotional decisions.  He needs to put the needs of our nation above the need to feed his own large ego.  Instead of picking fights out of force of habit, he needs to first look for win-win solutions.  He can’t ignore the military option, but it should always be the last resort. There is a substantial difference between talking tough and demonstrating real strength. On the international stage, empty threats are counterproductive and potentially dangerous.

A friend once sighed and told me, “The American people, like all citizens of a democratic nation, get the leaders we deserve, not necessarily the ones we need (at any given time).” I used to view this point of view as a bit too cynical.  However, right now there are far too many of us operating from a place of strong emotion.  Instead of doing the challenging work of improving our own lives and our communities, we prefer to cast blame and look for easy answers (and targets). Understanding the complex problems facing our nation requires thoughtful analysis, deliberative thinking and rational judgment not simply tuning in to your favorite talking head and validating your preconceptions.  The problem with an extreme negative emotion is that unless it is kept in check, is that it can lead people to do treacherous things.  Once you let enough genies out of their bottles, they can become hard to control.  The landscape of history is littered with examples of leaders (like Trump) who whipped their followers into a frenzy and then either purposefully or unintentionally unleashed them on the larger populace to damaging effect. “Make America Great Again” just like “Deutschland Uber Alles” are fine patriotic statements in and of themselves, however in the wrong hands, perpetuating the wrong actions, they can be catastrophic.  In America we don’t promulgate violence against those who disagree with us.

One man or woman can make a significant difference regarding the future of our country.  I fear Donald Trump will and it won’t be good.  To this point, we have been fortunate that at times of great crisis, we have usually ended up with a leader equal to the task.  We can’t assume our luck will continue. The best way to forecast future performance is to look at past behavior. Some decisions are more obvious than others.

I am not fully embracing the alternative.  I certainly have my doubts there as well.  It would be nice if the Clintons gracefully exited the political stage. It feels like their time has come and gone. However, sometimes all we can do is prevent things from getting worse before we can create the conditions for them to get better.  A true leader will arrive on the scene sometime soon (I hope).  Let’s not make his/her work more difficult than it needs to be.