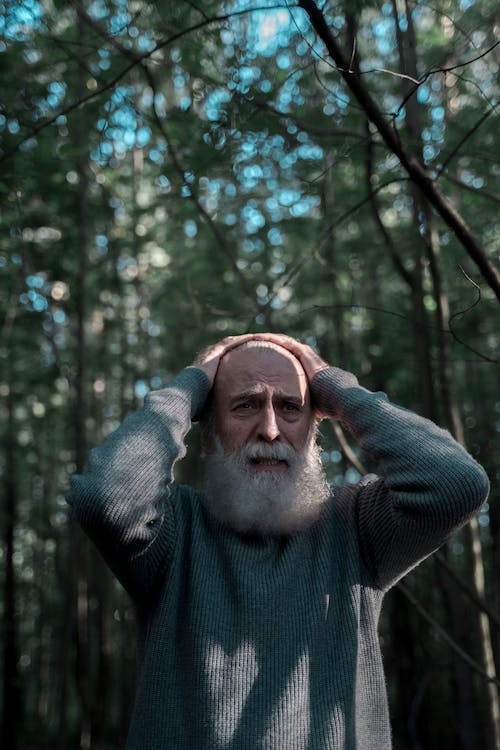 I’ve been giving a lot of thought lately to what we should be looking for in our public leaders. Of course, the timing of the current election season has something to do with this. I also, as a student of leadership, pay close attention to people in key leadership roles in both the public and private sectors. Obviously, for good or bad, the President stands above the crowd.  I think we all can agree there’s been a dearth of leadership lately. It feels like our country is coming apart at the seams. People are falling into divisive camps unwilling to listen to the other side. Finger-pointing seems to be at an all-time high. And, everyone is looking for a scapegoat to justify their own discontent.  We also have been thrust into a life-or-death situation with the Coronavirus, which is making people doubly uneasy.

It hasn’t always been this way. I remember when I was a young boy, my parents revered the presidency. I didn’t grow up with a distrust of the government. I was often reminded of all the good that the government had done for our nation. We made multiple trips to Washington DC to celebrate our country and visit our esteemed public institutions.  I, personally, read countless books on our presidents and grew up mostly proud of who had led our country (regardless of party).  We had our national challenges and tragedies, but we overcame them.  Moreover, as we traveled it felt good to be an American. You just have to read the history of the 20th century to see all the good that the United States did in the world. Of course, we weren’t perfect. No country is. However, if you look back through the history books, I believe this country’s done a fairly decent job managing its hegemonic position in the world.

Something started to go awry about 25 or 30 years ago. It became politically expedient to demonize the other side. Politics became a zero-sum game. Congressmen from different parties used to spend personal time together and many were friends (e.g., John McCain babysitting Joe Biden’s kids).  Ronald Reagan and Tip O’Neil often had drinks together. In the current environment, our elected representatives have minimal interaction with their non-party colleagues unless it is absolutely necessary.  Your opponent has become your enemy. I remember vigorous public policy debates when I was younger, today all I hear are personal attacks and vitriol.

We currently have a sitting president contesting the election before it even takes place which is hard to fathom. It wasn’t that long ago that our electoral process was the standard for the rest of the world (e.g., Afghanistan and Iraq).  How could it fall apart so quickly?  Is there really this much distrust or is it simply contrived?  Upon his election, President Trump formed a commission to research election fraud and ended up quietly disbanding it because they found nothing of consequence, now he routinely says the opposite even though he knows better. Our military and large numbers of other people have been voting by mail for years and it was never an issue.   In fact, we were lectured to respect and not discount absentee ballots and now they’re untrustworthy.  I honestly don’t know how some politicians (from both sides) manage to sleep at night given all the damage they’ve done to this country. I guess when you lack a conscience, everything is on the table that furthers your objective.  Sadly, many of them sleep much better than me with no self-reflection or remorse whatsoever.

We’ve seen the emergence of countless talking heads who play loose with the facts and hammer home political agendas that line their pockets. We’ve elevated the views of the incurious and ideological over the objective and truth-driven. No one bothers to pay attention to the multiple non-partisan fact-checking resources reviewing content.  Instead, we prefer to accept the lies or partial truths that validate our preconceived beliefs.  We mistakenly lump all media into the same untrustworthy bucket which is both unwise and unfair. Forgetting that many news outlets still do have journalistic standards whether you want to believe it, or not.  Others just print whatever they want without any research integrity and tout the nonsensical concept of alternative facts.

Our current public leader has been intent on delegitimizing any news source that doesn’t paint him in a favorable light and people jump on his bandwagon without a second thought.  It’s hard to believe and accept the questionable information resources some people use to make their points.  I’ve had people counter the NY Times with a fledgling niche music magazine.  Whatever happened to fact-checking your sources and validating them with other reputable sources?  Sometimes you must read multiple dense articles to understand something.  We are playing right into Russia and China’s media manipulation agenda.  A democracy without an honest, free, and fair press is on a slippery slope. Real news is not meant to be self-validating nor is it supposed to espouse a point of view.  It is there to help inform and educate us about the things that matter and affect the world around us, not make us feel good.

Politics has become big business and that is a shame.  Why else would national campaigns cost so much money?  It was never meant to be this way.  Why is our congress full of so many multi-millionaires and how do they leave their positions wealthier? Our Founding Fathers worried this could happen. This is why they created our system of checks and balances. It is also why they wrote extensively about their concerns regarding interest group influence in our political system.  What they deemed possible has come true.  Sadly, when seeking to find those responsible, we only need to look in the mirror.   We get the government we deserve. This wouldn’t be happening if we all took our role as citizens more seriously and put the good of the nation above our own, often misinformed, and opinionated self-interest.  We are asleep at the wheel while someone else is driving.

The good news is that our system may end up working in the end despite us – we shall see.  I hope we all see this obvious dysfunction as a wake-up call and collectively strive to stop our downward spiral. We’ve rallied before.  More than 1.3 million people have died defending the principles of this country since our founding in 1776.  Let’s not let it unravel on our watch.  If we do nothing, we know what happens in a deeply divided nation with leaders who fan the flames of disunion.  To quote Abraham Lincoln, “A house divided against itself will not stand” for too much longer…

As you cast your ballot this year:

Don’t be part of the problem, be part of the solution.  Avoid succumbing to overt manipulation or misguided party loyalty.  Please be part of getting our fragile democracy back on the right path.  We need each other now more than ever.